In Memory of Memorial Day: Long Time Gone Presents The tragic story of a Rainbow Girl, a heroic man and a community’s oath of “Never again”

Cover: After a lot of expense and work by the Eads community the Eads Swimming Pool was opened for business.

One hundred and fifty one years ago, as the Civil War came to an end, an informal practice began in the late spring where women honored those who had given their lives in service to their country by placing flowers on their graves.  Three years later, in May of 1868, General John A. Logan officially named May 30 as the day to commemorate the 620,000 soldiers who had died in the Civil War.  Although it made for weighty remembrance of the soldiers’ supreme sacrifice, it’s thought that Logan’s unstated intention was that Memorial Day also be a reminder of the importance in preventing such horror from ever happening again.

Over the years, Memorial Day has expanded from being one of the nation’s most solemn holidays to also signaling the end of the school year, the running of the Indianapolis 500 and…the official day when public pools open. The association between honoring those who have fallen and the opening of public pools may seem totally unrelated—almost foolish--in many parts of the country, but in Kiowa County there’s a connection that, in a way, seems almost profound.

It was a Wednesday afternoon in July--the eighth, to be precise, in 1953.  Another hot day, and a dry one, too, with the drought three years old and three more to go.  Hard as it was, that also made it the perfect time for some young girls to go on a picnic at Nee Noshe Lake, south of Eads.

The girls were part of a group called the “Rainbow Girls”, a Masonic youth organization for girls in their teen-age years. The foundation of the group was service to others; officers were elected in areas like Faith, Hope and Charity, and lessons were taught on virtues such as love, religion, nature and immortality which encouraged understanding death as part of life.

One of the girls in the group was Louella Richardson.  Thin, fourteen years old, raised in Chivington with two brothers and twin sisters, Louella was described as having a “shining smile and cheerful countenance”.  While she may not have been an officer in Rainbow Girls, she must have loved to sing. Several times in previous weeks, her name appeared in the newspaper as part of the Rainbow Girls choir. Although there’s no one to say for sure, it’s probably safe to assume that, on that day, at least, the goal was girlish, innocent fun, eating and playing in the lake.

The girls, responsible as they were, were still young girls and did not go to the lake unsupervised, especially since—like most their age in the county—they did not know how to swim.  A group of adults went along, mostly husbands and wives who had worked with the girls before and knew each one of them well.  Julius M. Lancaster was among them, as was his wife and Mr. and Mrs. Barnett.   J.M., as Lancaster was called, was 49 years old and husband of twenty years to Mary Frances Shy.  Much beloved by the town, J.M. had lived in Eads for 25 years, the last seven as the town’s postmaster.  He was a World War II veteran, loved the out-of-doors, was an ardent and exemplary sportsman and a devoted “Rainbow Dad” for years who had “exerted much interest and effort…and his influence was felt by many.”

Between five and six o’clock, the adults were on the beach and the girls were in the lake playing. Suddenly, some of the girls ran into trouble. According to the girls, Donna Aldrich slipped and fell into deep water but, luckily, was quickly rescued by Gloria Barnett. Then Louella, also in trouble, called for help.  The girls tried to reach her, as well, but Louella’s hand slipped through theirs as the undertow pulled the girl further and further from shore.

Lancaster and Barnett immediately jumped into the water and began swimming.  Barnett was reported to be the better swimmer and knew to stop and take off the clothes and boots that would weigh him down in the water.  But Lancaster, who was neither experienced nor strong in the water, just jumped in and started swimming.  By this time, the wind had picked up, and the waves were so high that both men ran into trouble. Even being a strong swimmer wasn’t enough to battle the waves;  Barnett was pulled under and, when he came back up, Lancaster was nowhere in sight.  Barnett was forced to turn back to shore, so exhausted by the pounding water he barely made it.

Verna Enright still remembers the day, although a few details are a little blurred by time. “I was working in Polly’s Dress Shop,” she says, “when the phone rang. I don’t remember who it was, but they  told me to call everyone I knew and tell them to grab all the rope they had and bring it with their tractors to the lake.” For a moment, Verna grows silent in the telling. “Everybody went, and I mean, everybody.  You see, they were going to drag the lake. They were determined to find Louella and bring her home.  The men worked all night.  The women took food and coffee down to the lake while they searched, but they didn’t find her.  I’m not sure, but I think it was a day or two before they finally pulled her from the water.”

Lancaster was found shortly after the accident, but no one exactly knew the cause of his death.  It’s speculated that he might have had a heart attack, but that’s speculation, at best.  His body was discovered after it drifted in a southwesterly course and washed up on the beach.  The men who found him tried artificial respiration, but it was too late.

Both Louella and Lancaster were buried nine days later as a stunned town tried to take in what had happened. Louella’s pallbearers were six other students, young boys her same age, from school.  Lancaster had more than 600 people at his funeral.

For quite a while, the town was deeply grieved.  Then, an idea surfaced which was embraced by a few organizations at first and then everyone else.  The idea was to dig a pool.  A public pool.  Open to everyone.  The town had lost one of its children because no one knew how to swim.  It was decided—by the entire town—that that would never happen again. 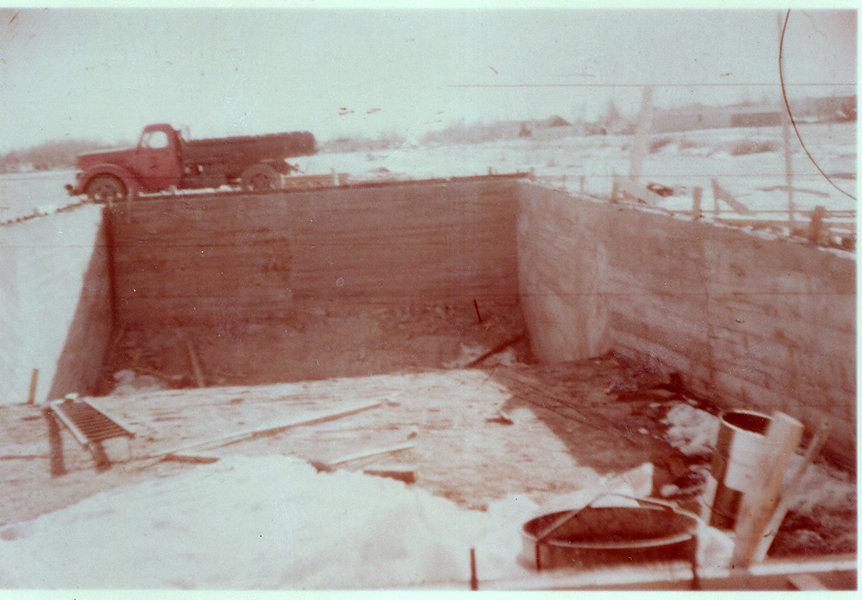 So, donations were given, fundraisers were held, and a pool—the same pool that will open in just a few days—was dug by hand by men who volunteered their time, their equipment and all the energy they had left at the end of the day. And every summer since, even when the town barely has the money to pay, even when sometimes someone has to be brought in from another town, swimming lessons are held at the pool, and it’s expected that every parent’s child comes.

It may not be the same as flowers on a grave, but it’s a profound commemoration nonetheless of a young girl who died, a brave man who died trying to save her and a town that made a vow…never again.

Letter from the Publisher as We Begin Our 8th Year

February 01, 2023 | Betsy Barnett | News
Eight years ago, I was working as an administrator at Eads High School and loved my job. My favorite part had always been working with the kids and...

February 01, 2023 | Raina Lucero | News
In January the Colorado Department of Human Services announced that the State of Colorado will be ending the Supplemental Nutritional Assistance Pr...

February 01, 2023 | Administrator | Legal
TO WHOM IT MAY CONCERN, and particularly to the electors of the Keefe Memorial Health Service District of Cheyenne County, Colorado. NOTICE IS HER...

Notice of Public Hearing for a Cheyenne County ...

February 01, 2023 | Administrator | Legal
NOTICE IS HEREBY GIVEN that the Cheyenne County Planning and Zoning Commission will hold a Public Hearing at the date, time and location specified ...